Let’s first take a look at the AECT (2008) definition for educational technology:

“Educational technology is the study and ethical practice of facilitating learning and improving performance by creating, using, and managing appropriate technological processes and resources.”

What should be realized about this definition is that it deviates from a commonplace and superficial notion that educational technology refers to the hardware, software, and devices that can be used for learning. Instead, it is a much deeper and thought-provoking reference that is focused on the theory, process, instructional systems, instructional design, and practice that are behind properly using technology to facilitate learning. But alas, all too often it’s the case that educational technology is selected and implemented along the lines of the initial rather than the latter perspective. This common approach frequently comes with much frustration and expense, and results in mediocre outcomes at best. But this is an entirely different conversation that I’ll get to in a future blog post… 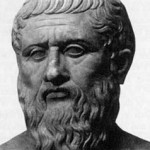 Ideally, learning would occur without the recipient experiencing boring or mundane teaching practices that so often plague a classroom or learning environment, whether in a physical space or online. As Plato (The Republic, Book VII) once said:

“No compulsory learning can remain in the soul…In teaching children, train them by a kind of game, and you will be able to see more clearly the natural bent of each.”

This statement by Plato brings into consideration the early recognition of participatory experiences for learning. This approach has been persistent through time, although in practice it is taken on many forms. A modern example of interactive learning that uses educational technology is serious gaming. Wideman, Owston, Brown, Kushniruk, Ho, and Pitts (2007) assert that:

“The personally meaningful and valued social and material worlds in which game learning takes place may be ‘virtual’ from an outsider’s perspective; however, they have a psychological reality for the player that directly mediates the player’s level of immersion, persistence in the face of challenges, and intrinsic desire to learn.” (p. 11) 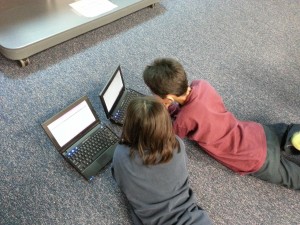 There is no question that the application of technology has played an important role in education for centuries. The study and implementation of educational technology began rapidly evolving during the latter part of the twentieth century when the microcomputer became a common device. In 1979, Barette envisioned that “teachers as well as students would be accessing huge machine readable files from their school library media centers and from home.” In the 35 years since, the use of computers for educational purposes went from being a novelty to now being a necessity that has been embraced by the academic community.

Today’s educational technologies enable participatory learning that benefits from interactive teamwork and social construction of information via online programs and systems. Combining the benefits of technology with online social interaction, McLoughlin and Lee (2007) state that not only do social software tools support social interaction, but they also support collaborative learning through the sharing of concepts, ideas, and services. These new educational technology capabilities have issued in a new and evolving realm of online education that involves community-based learning 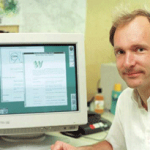 and the co-creation and coalescence of knowledge. In 2001, this hypothetical concept was referred to by Tim Berners-Lee, James Hendler, and Ora Lassila as the semantic web, whereas today it’s sometimes better known as Web 3.0, which continues to unfold.

Reflection Point: “The Semantic Web is not a separate Web but an extension of the current one, in which information is given well-defined meaning, better enabling computers and people to work in cooperation.” ~Tim Berners-Lee